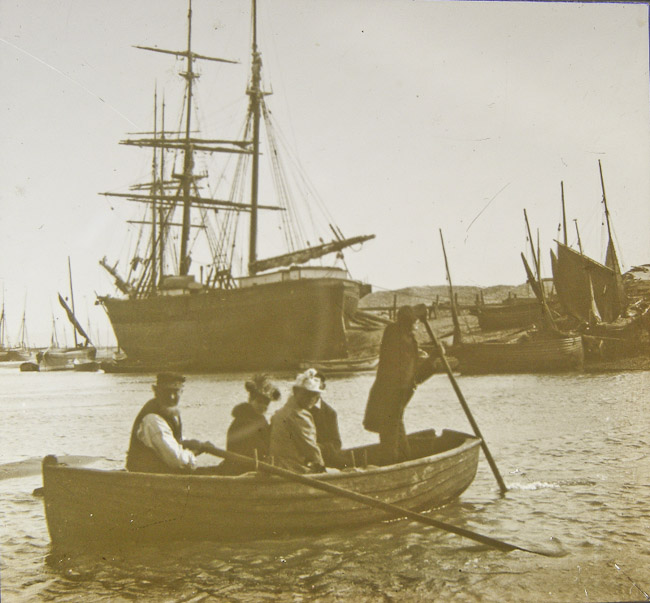 It's impossible to be certain but I think the ferryman in this picture is also Jim Cutting (senior).
Picture Added on 10 July 2017.

It looks like the ferry is returning passengers to Rye Harbour from the Camber side of the river.Im only saying this as the hills in the background look like what is now the golf course. I remember the ferry well, of course much later on in the 1950s. My grandmother used to work in one of those houses by the quarry, and sometimes went with her. On our return to the Harbour, we had to hit a wartime shell case with hammer, and if the ferryman wasn't in the pub, he would come over to collect us. It could be a long wait sometimes! I always found it fascinating to watch the ferryman, as they never actually rowed across but waggled an oar at the back for propulsion. In those days if I remember right, the fare was 3 old pence for me, and probably 6d for the grown ups, but it was useful because if the ferry wasn't there it was a long walk to Rye and then on to Rye Harbour!
Added by Bernard Clark on 31 December 2017.

If you found this interesting, have a look at the following groups of pictures.
Ferry